A worker sacked after failing a drug test because he was taking medicinal cannabis has commenced legal action.

He claims his doctor prescribed the medication to treat his anxiety.

Rice worked as a support maintainer for QR since July 9 last year.

He claims QR discriminated against him in contravention of the Fair Work Act when it sacked him on August 16 2021.

He claims sleep deprivation caused by his shift work and his mother’s terminal cancer diagnosis caused the anxiety.

Rice acted as his mother’s main carer. His brother suffers from mental disabilities and does not work, and his father receives a disability pension.

However, Dr Van Dijk advised Rice not to take the medication within eight hours of starting work, to ensure he was not impaired.

Rice emailed a supervisor advising that his doctor had prescribed the medicinal cannabis. 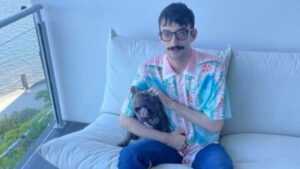 On 21 January 2021, QR’s chief medical officer deemed Rice temporarily unfit for work and, as a result, the transit authority stood him down with pay.

He therefore contacted QR on February 25 expressing his desire to return to work and offering to refrain from taking his medication. He returned to work soon after.

On June 1, Rice completed a random drug test. He declared he had started taking his medication again and had a dose two nights earlier.

His test results subsequently came back positive for tetrahydrocannabinol, a main component in cannabis.

QR suspended him that day and terminated his employment two months later. 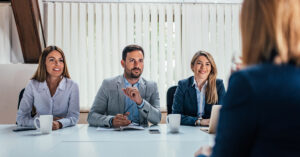 “Do you know what you can or can’t be asked during a job interview?”

“The evidence is that providing the drug like any prescription, there is no impairment at work,” he said.

“We think this is a social issue that needs to be determined by the courts to try to change employers’ views on this drug and how it should be used and considered in the workplace.”

A QR spokesperson told The Brisbane Times in a statement:

“Safety is Queensland Rail’s number one priority, with all employees and contractors required to be fit for work at all times while on duty.

“This includes having a blood alcohol concentration reading of zero and a level of other drugs under the target concentration level as outlined in the Australian standard.”

The court will hear the matter for the first time tomorrow.

A Queensland electrical contracting company has been penalised more than $40,000 for ignoring Fair Work…

Worker sues after being sacked for getting COVID-19 vaccine