A retail fashion worker sacked for allegedly deleting sales data from the store’s computer has won her unfair dismissal claim.

Additionally, the Fair Work Commission ordered the employer to pay the worker $3,000 compensation.

In August 2018, a manager at the store contacted the owner to express concerns about Nguyen’s conduct.

Nguyen denied the allegations and insisted she had paid for the items she had taken from the store.

In addition, she said he made a note on the end of day statements.

The deletion of sales data

Five days later, Nguyen arrived at the store with two friends, despite not rostered to work.

She told staff she needed to pick up a personal bank card that had been left there.

DFO CCTV showed the three in the store for 20-minutes.

During this time, someone accessed the store’s computer and deleted data of sales between June and July 2018.

Nguyen denied touching the computer during the visit.

The store’s owner directed Nguyen not to come to work after she discovered the unauthorised computer access.

Furthermore she told her she had contacted police who had commenced a criminal investigation. 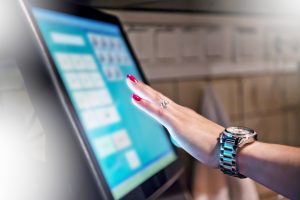 G8 Fashions argued in the Fair Work Commission that it had valid reason to sack Nguyen pointing to:

He argued the employer had no evidence his client touched the computer during the visit to the store with her friends.

However, he did describe the timing as “not fabulous”.

“All we know is the computer has crapped itself and we don’t know how,” he told the Commission. Miles Heffernan from Fair Work Claims for Ms Nguyen, told the Commission, “All we know is the computer has crapped itself and we don’t know how”.

Additionally, she criticised G8 Fashions director Hanh Le for failing to access a copy of a police forensic report.

The report confirmed the deletion of the files at the time Nguyen visited the store.

“It would be expected that proper preparation for this hearing would have included efforts to obtain such information and at very least evidence of those efforts if they were not successful.

“Instead the Commission was asked to rely on an image of a computer screen which appeared to have been taken on a mobile telephone to establish the critical evidence of misconduct by the Applicant that the Respondent was required to prove at hearing.”

In the end, deputy president Asbury found G8 Fashions had a valid reason for dismissal:

“On balance, I am satisfied and find that the Applicant was present in the store when critical retail sales data was deleted from the Respondent’s computer and that she either deleted the data or knew or should have known that the computer was accessed when it should not have been.

“While there is insufficient evidence to establish that on the balance of probabilities the Applicant actually deleted the data, I am satisfied and find that her conduct was a valid reason for dismissal.”

She found the employer failed to follow proper dismissal processes, including giving the employee an opportunity to respond to the allegations.

“While there was a valid reason for the dismissal it was effected in a manner that was procedurally unfair.

“In short, the misconduct of the Applicant does not outweigh the procedural unfairness which attended the dismissal and the totally unreasonable manner in which Ms Le dealt with the Applicant.”

Mr Heffernan says the case is a reminder for employers to follow proper processes when dismissing a worker.

“All employers should seek professional advice from a firm like ours before taking any formal disciplinary action against an employee, including dismissal,” he said.

Bottle shop worker awarded $39,000 after being sacked for being pregnant

Worker sacked for refusing to use fingerprint scanner wins appeal

The former CEO of the Newcastle Jockey Club has filed a claim for wrongful dismissal,…