A vaping business has been accused of forcing a Chinese worker to enter into an illegal cash-back scheme.

Cash-back schemes involve an employer paying a worker their wages and then demanding they pay back some, or all of it, usually in cash.

The Fair Work Ombudsman commenced an investigation as a result of receiving a complaint from the worker.

The Chinese national worked as a marketing specialist at Easy Vape’s Arncliffe premises between 2017 and 2020.

The company employed him on a 457 skilled work visa.

It is alleged that several times after the worker received wages into his account, Mr Chan directed him to withdraw amounts ranging from $1,000 to $2,000 from an ATM.

Fair Work further alleges the company pressured the worker to comply with the cash-back scheme by threatening to withdraw its sponsorship of his 457 visa.

The total amount of wages Mr Chan allegedly made the worker pay back was $13,000.

“Some migrant workers might not know their rights, or they might have language barriers. Some are also afraid to complain because they don’t want to lose their visa and their chance to stay in Australia,” he said.

“That makes them easy to exploit, as has allegedly happened in this case.” 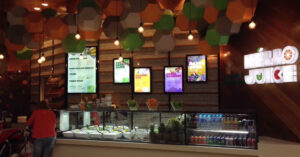 The Federal Circuit and Family Court has a directions hearing listed on 3 June 2022.

The company back-paid the worker in full last year after Fair Work commenced its investigation.

A Sydney-based security company has been penalised more than $39,000 for 'reckless' underpayments of dozens…