A restaurant has been penalised $78,000 for ignoring three orders to back-pay 11 underpaid workers.

The restaurant employed the workers as waiters, kitchen staff and drivers during various periods between February and July 2020.

An inspector subsequently formed a belief that Trainer failed to pay five of the casual workers for work performed.

They issued Trainer with three Compliance Notices in December 2020, requiring him to calculate and back-pay the workers.

He failed to so, however.

Judge Nicholas Manousaridis found the failure to comply with the Compliance Notices had been deliberate.

He also noted Corinthian Capital and Trainer had not attempted to take any corrective action.

Judge Manousaridis said there is a need for general deterrence in the hospitality industry when it comes to wage theft.

Furthermore, he said specific deterrence is needed in the case of Corinthian Capital as it has registered four new businesses since April 2021.

In addition to the penalties, the court also ordered Corinthian Capital to calculate and rectify the underpayments owed to the workers in full, plus superannuation and interest. 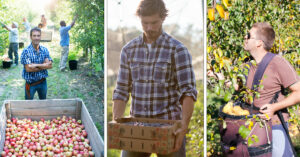 “Employers who choose to ignore orders to rectify wage theft will be hit with hefty penalties in addition to having to back-pay outstanding underpayments,” he said.

“And that’s exactly what has happened in this case.”

A Brisbane Thai restaurant is lucky to have escaped court action for underpaying staff, after…