Scott Morrison’s proposal to allow children to drive forklifts has been laughed out of National Cabinet today.

True to form, Morrison leaked his latest idea to the media prior to today’s meeting of state and territory leaders.

The Prime Minister is desperate to ease pressure on supply chains as factories struggle to find staff not isolating with COVID-19.

The mess comes as a result of Morrison’s and NSW Premier Dominic Perrottet’s disastrous decision to ignore health experts and remove all restrictions to “open up” the economy.

Neither foresaw, let alone planned for, the surge in infected workers and the subsequent impact it would have on the economy – in addition to Morrison’s failure to ensure adequate supplies of Rapid Antigen Tests.

The Queensland, Victorian and New South Wales governments confirm they have no plans to lower the current age of 18 for forklift drivers. 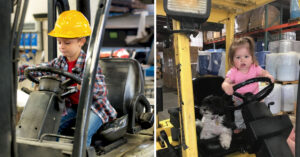 Scott Morrison’s proposal to allow children to operate forklifts has been widely mocked.

The Guardian reports Morrison wanted to further reduce regulation in the transport sector to ease the staffing crisis.

“There are other changes that need to be made and they’re at a state level, and I’m continuing to pursue those with the states,” Morrison said.

“There are changes that we need to make around the age of forklift drivers, to get quite specific.”

It involves sitting for a specialised course and then successfully completing a practical test. Only those 18 and over are eligible to qualify.

Morrison refused to nominate a new age minimum instead of 18.

Godfrey Moase from the United Workers Union said he had seen “a couple of fatalities” involving forklifts during his time as a union official.

“You’re driving … a piece of heavy equipment that can cause severe trauma injuries to people on impact.”

He said the age should not be reduced.

“It’s a piece of heavy machinery that needs to be treated with due care and respect,” he said.

Many current and former forklift drivers took to Twitter to express their shock and dismay over Morrison’s bizarre proposal.

I cannot believe Morrison is contemplating this. I am incensed. As a Consultant (now Retired) l referred some clients to get their Forklift Licence. Not everyone is suited. Hazardous work. My eldest son is a F/L Driver. I worry every day. #MorrisonFailhttps://t.co/Q6rMb1mwfU

“I’m always up for new ideas and being creative, but I’ve had two meetings these last two Mondays with supermarket CEOs and they haven’t suggested that,” Andrews said.

The first conviction under the new law happened in 2020. It involved a man crushed between a forklift operated by an unlicensed driver and a stationary truck. 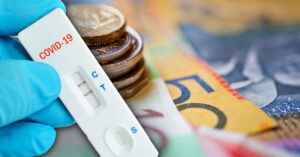 They are not dodgem cars

Furthermore, Tim Lyons, who conducted the review that resulted in the industrial manslaughter laws, said that “letting kids whizz around on forklifts is insane”.

“The kids are very likely to kill or injure themselves or someone else.”

I worked in warehouses at Uni. Had a forklift licence. I organized in warehouses for more than a decade. Letting kids whizz around on forklifts is insane. They are not dodgem cars. The kids are very likely to kill or injure themselves or someone else. pic.twitter.com/bU6ZKwTM8s

“At this stage, NSW has no plan to change the current law,” they said.

“Forklift burnouts cost worker his job despite no procedural fairness”

RADIO Rentals is permanently closing its stores across Australia, with three hundred staff set to…