Metro North Health and Hospital Service withdrew its “show cause” notice shortly before a hearing in the Industrial Relations Commission.

Whistleblower nurse threatened with sack after speaking to the media

Queensland Health threatened Gilbert with termination for speaking to the media about the standard of nurse training.

She is a delegate of the Nurses’ Professional Association of Queensland (NPAQ), and therefore can comment publicly.

Gilbert’s legal team from Worker Law says Queensland Health breached her right to freedom of association and right to join a union of her choice.

“They knew that Marg was doing trade union activity, so they had to withdraw the show cause notice,” he said. 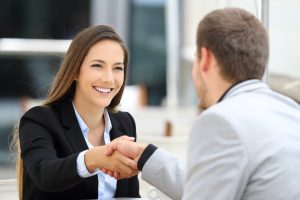 NPAQ is a legitimate union

“Our submission said that we are an industrial association, and Marg is a delegate,” he said.

“The law is black and white – and it seems they forgot what an industrial association is or can be – and the rights they have under the law.”

Fight not over yet

The NPAQ wants the Industrial Relations Commission to rule it recognised under law.

The hearing will determine the merits of the complex industrial representation rights of both the NPAQ and the rival Queensland Nurses and Midwives Union.

After that, Commissioner Daniel O’Connor will send any outstanding issues to the Supreme Court.

“The NPAQ, and any other unregistered industrial association need to have their rights protected,” Mr Heffernan said.

“We need a court order to protect the next delegate like Marg, so this doesn’t happen again.”

Are you being ripped off with a ‘zombie’ workplace agreement?

The Australian Workers Union has launched a new campaign called Hair Stylists Australia, which is…