A waitress who was sacked for asking for a pay rise has won her unfair dismissal claim and $4,000.

The Fair Work Commission rejected the employer’s argument he sacked the woman because of poor work performance.

Instead, it found the employer unfairly dismissed the worker because her husband asked him to pay his wife the legal Award rate.

Kailun Lin worked at the Jack’s Noodle restaurant in the northern suburbs of Adelaide since April 2017.

The Commission heard she worked regular shifts on Tuesday and Wednesday nights, averaging 13-hours a week.

For this work, her boss Yujie Liu paid her unlawful flat rates between $10 and $13 an hour.

Lin often worked other shifts as well, which Liu did not record and paid in cash.

Additionally, he failed to pay:

At the end of her shift in November last year, Lin’s husband Scott Chappell confronted Liu about the wage theft.

In response, Liu told Chappell the business could not afford to pay more.

Consequently, Chappell said his wife will no longer work extra shifts until Liu paid her properly.

She told the Commission:

“Mr Liu told me that he was not happy about Scott coming in to see him last week and talking about how I should be paid correctly.  He gave me my pay from last week and that day, and told me not to come back to work.

“He talked about how after all his expenses, his salary is lower than mine and then said words to the effect of  ‘I am a small business, if you want a higher paid job you should go find a big business.’”

In response, Liu denied he dismissed Lin, but rather temporarily stopped arranging work for her due to serious misconduct.

He argued this caused damage to the reputation, viability and profitability of the business.

However, Lin denied any significant work performance matters, or that she had ever received a warning that her employment was in jeopardy. 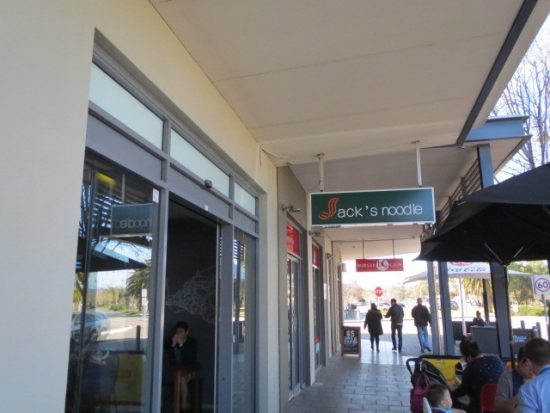 Commissioner Peter Hampton found that Lin had been dismissed, and the reason for the dismissal was her husband’s request for a pay rise on her behalf.

“It is clear to me that Mr Liu considered that the approach made by Ms Lin’s husband, combined with his view about their family arrangements (that the husband should go out and get a job and Ms Lin should work for a large business if she wanted to be paid more money), formed the actual reasons for the decision.”

He described Lin’s evidence as “given openly and honestly” and furthermore, found Liu paid her below legal wages.

“I ultimately accept that she was initially paid something in the order of $10.00 per hour with that increasing to $13.00 per hour at the conclusion of employment.”

While Mr Hampton found some allegations of poor customer service against Lin had been substantiated, he concluded they did not constitute a valid reason for dismissal.

Additionally, he found the dismissal had not been consistent with the Small Business Dismissal Code.

As a result, he said he is “satisfied that the dismissal of Ms Lin was harsh, unjust and unreasonable.”

He consequently ordered Jack’s Noodle to pay her $3,944 – the equivalent of twelve weeks pay.

“The employer dismissed the worker because she exercised a workplace right, namely, asking about her pay or conditions,” he said.

“That’s the claim she should have made, instead of an unfair dismissal claim,” he said.

“General protections claims often result in much higher compensation pay outs, and can also attract uncapped penalties for the employer.”

Mr Heffernan says the case is a reminder for sacked workers to seek expert advice before filing a claim.

“But remember, you only have 21-days from the day of your dismissal to file a claim – so don’t delay,” he said.