The Uniting Church ripped off 9,500 aged care workers by more than $3.3 million, but will not be prosecuted.

Instead, the Fair Work Ombudsman has offered the organisation the chance to enter into an Enforceable Undertaking.

However, the agreement does not require a “contrition payment” which means Uniting avoids a financial penalty.

Industrial advocates describe the Enforceable Undertaking as “a joke” because it lets Uniting off the hook.

The Uniting Church in Australia Property Trust (NSW) is a registered charity that runs more than 70 residential aged care facilities.

Additionally, it operates other community services under the Uniting brand in NSW and the ACT.

The organisation commenced an investigation into wages as a result of complaints from a number of staff.

Uniting underpaid some employees as much as $11,000.

Most of the employees worked as carers, in addition to community and disability services workers.

The underpayments occurred as a result of errors made by Uniting in: 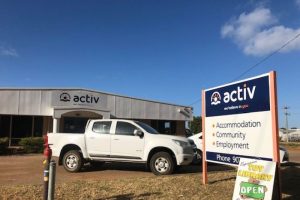 Under the terms of the Enforceable Undertaking, Uniting must back-pay all workers with interest by the end of the week.

Furthermore, it must apologise to workers and fund a number of future audits.

However, industrial advocate Miles Heffernan says the Enforceable Undertaking is “a joke”.

“There is no excuse for wage theft, no matter if you’re a supermarket, public broadcaster or church,” he said.

“Wage theft is at epidemic proportions in Australia, partly as a result of the regulator not enforcing workplace laws.

“They offer too many employers Enforceable Undertakings instead of taking them to court and prosecuting them for stealing from their workers.”

She said it is appropriate in this case because Uniting had cooperated with the investigation.

“Uniting demonstrated a strong commitment to rectifying all underpayments owed to its workers.

“The Enforceable Undertaking commits the aged care operator to stringent measures to protect its employees.

“This includes engaging, at its own cost, an expert auditing firm to conduct an independent assessment of the outcomes of its rectification program and to audit its compliance with workplace laws over the next two years.”