“They’ve got the employers in hairdressing industry trying to strip away what little pay they’ve already got,” he told  ABC News.

“What we’re trying to do is empower women [to] come together through small community engagement to really give them a stronger voice.”

In August, the Fair Work Commission will review the hairdressing award, and, as a result, Aussie hairdressers could be left worse off.

“Hairdressers are sitting there going ‘when are my skills going to be recognised?

“When is my pay going to reflect the qualifications and all the dedication I’ve given?

Hairdresser Vanessa Watt is a union organiser and also an “ambassador” for Hair Stylists Australia.

As a result of workers sharing their concerns, she became involved.

“The main issues are bullying, from either the boss or other staff and not getting paid correctly.

“So some people not knowing their awards and things like that, not having their superannuation paid, and training.” 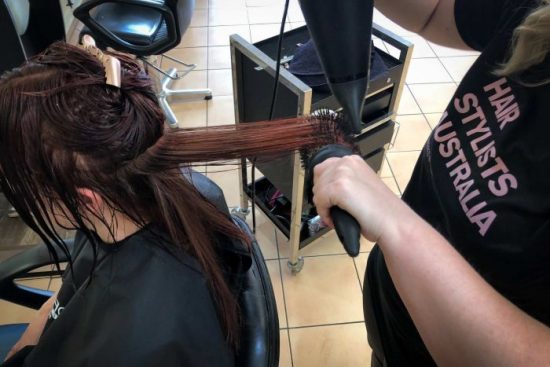 Who’s next to lose their penalty rates?

As an employer, Watt says she understands why the industry wants to reduce penalty rates, however, she says it’s not the right approach.

“It’s hard enough on [apprentice] wages and then if they take that away it’s going to be even harder for them.

“It seems with this sort of stuff hairdressing gets picked on a lot.

“I can see on both sides but I still don’t think it’s fair to cut our penalty rates.”

Additionally, Daniel Walton from the AWU warns workers in other industries could have their penalty rates cut next:

“Everyone thinks it won’t happen to me,” he said.

“No-one thought they were going to lose penalty rates in retail hospitality many years ago.

“If hairdressers lose their penalty rates, who’s next?”

In its submission to the Fair Work Commission, the Hair and Beauty Association noted financial pressures on salons.

“The difficulties many small retailers face in negotiating the term of retail leases with the owners of large retail shopping centres are notorious.

“Accordingly, many hair and beauty businesses are not able to avoid Sunday and public holiday penalties.

“Sunday trading has become an increasingly prominent feature of the industry.” 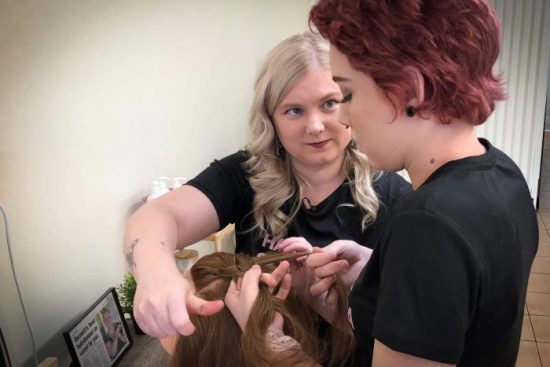 Vanessa Watt says it will be apprentices who will pay the price for penalty rate cuts.

“Why should the employer be the only one to benefit from a person giving up the chance to spend time with their family or friends because they have to work on these particular days?” he said.

“It’s not fair that hairdressers, who already earn low wages, to have their entitlements slashed even further.”