The woman who accused Tim Paine of sexting her now claims the text exchanges were not consensual.

Ferguson worked as a receptionist at Cricket Tasmania from 2015 to 2017.

She alleges she made four complaints to five different senior staff members, against three separate men during her time working there.

Ferguson is seeking $100,000 compensation as a result of the alleged sexual misconduct. 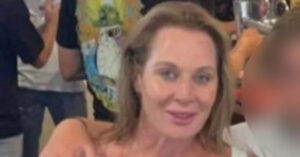 Renee Ferguson is seeking $100,000 compensation as a result of the alleged sexual harassment.

According to the documents filed in the Federal Court, Adams allegedly said in the presence of staff and grounds staff:

“Hey everyone, Renee will be naked in my apartment at 11 today. Get your binoculars out and I will open the curtains.”

Ferguson claims she made a complaint to Human Resources manager Merv Saltmarsh in early 2016 about the comments.

Saltmarsh allegedly dismissed Ferguson stating, “at least he has good taste in women”.

Saltmarsh left Cricket Tasmania in December 2016 for a Human Resources role with the Tasmanian Hospitality Association. 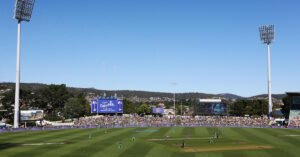 He then suggested Ferguson ignore the comments.

Purves allegedly relied, “that’s awkward and should not be happening”, however, he subsequently took no action.

Rohrer allegedly told her, “I was not here, I cannot manage [this] historically or retrospectively. I’m not saying it didn’t happen, but you need to move forward.”

Ferguson requested the meeting with Rohrer after management put her on a performance improvement plan. 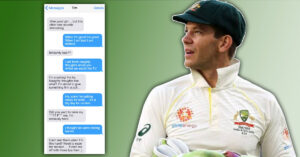 Ferguson failed to mention her sexts with Paine while raising sexual harassment complaints with Cricket Tasmania’s People and Culture Manager.

As it turns out, Ferguson raised the sexual harassment complaints with Rohrer two days after sexting with Australian cricket captain, Tim Paine.

The text exchanges included Paine sending a picture of his erect penis.

She failed to mention these exchanges with the People and Culture Manager when complaining about the previous alleged harassment.

According to the court documents, Ferguson now claims the texts with Paine were “not consensual”.

Instead, Ferguson claims she felt unsure how to deal with the messages and therefore responded with a text saying she would “never kiss and tell”.

“Regardless neither of us are in a position of power …. we are both f***ed if this got out”. 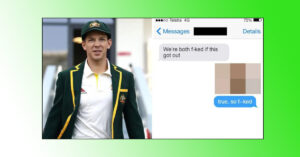 Ferguson now claims the texts with Paine were “not consensual”.

At the time, Tubb was Cricket Tasmania’s high-performance manager.

“I want to put my c**k between your tits,” he allegedly texted Ferguson. 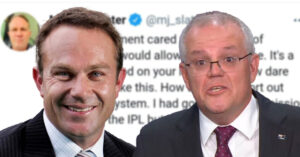 She has pleaded not guilty in the Hobart Magistrates Court to 63 counts of stealing and two counts of dishonestly acquiring a financial advantage.

The charges date back to September 2017, more than a year after she allegedly made her first sexual harassment complaint.

In December 2017, Cricket Australia suspended Ferguson pending an investigation into the financial discrepancies.

She resigned shortly after. 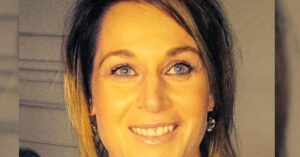 In the meantime, Federal Court Justice Mordecai Bromberg encouraged Cricket Tasmania and Ferguson to try to settle the matter out of court.

A mediation session is scheduled for 17 March. 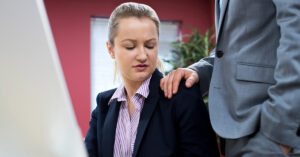 “Senior manager says she was sacked for reporting sexual harassment”

A female flight attendant wants her airline to sue a disabled passenger for sexual harassment.…