A security guard sacked by text message has been awarded $12,500 compensation.

Commissioner Ian Cambridge criticised the way the company handled the matter, describing the decision to sack the guard via text message as “unnecessarily callous”.

Kurt Wallace worked for two years as a casual security guard for AFS Security 24/7, based in Armidale, New South Wales.

He worked a roster of four days on and eight days off with a team of two other guards.

As a result, he averaged two and half shifts a week.

“I had to do the pays yesterday as I’m in hospital today for a day surgery procedure so didn’t get to see your timesheet.

‘We no longer require your services’

However, a few days later, Wallace received a message from the payroll manager saying:

“Effective immediately we no longer require your services as a casual patrol guard”.

He responded with another message asking the payroll manager to “please explain?”

When he got no response, he tried to call the manager, and then drove to the company’s office seeking an explanation.

The payroll manager told him she didn’t need to give him an explanation for the dismissal because he is a casual employee. Commissioner Ian Cambridge noted in most cases, casual employees are not eligible to make unfair dismissal claims, unless they meet a number of conditions.

Wallace met all of these conditions.

The security company employed him for more than two years on a regular roster.

Furthermore, at the time of dismissal, the company had rostered Wallace for another shift the following week.

Mr Cambridge found the company dismissed Wallace, rather than making him redundant.

Additionally, he found Wallace did not engage in serious misconduct.

Finally, the company gave no warning or explanation to Wallace, and they didn’t give him an opportunity to respond.

Dismissal via text ‘callous and undignified’

Mr Cambridge criticised AFS Security 24/7 for its poor handling of the dismissal, describing the decision as “capricious and ill-founded”.

“In this instance, the summary dismissal of the applicant was not connected with any discernible reason other than the employer’s mistaken belief that it could dismiss the applicant as a casual employee with or without any articulated reason.

“The employer offered no other explanation for the reason for the dismissal of the applicant other than; ‘[their] services as a casual employee were no longer required’.

“The circumstances in this case have established that there was no sound, defensible or well-founded reason for the dismissal of the applicant.” 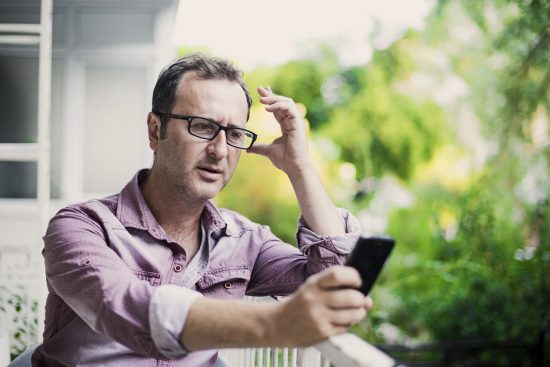 Mr Cambridge harshly criticised the use of a text message to dismiss the employee.

He said a dismissal should be conveyed face-to-face unless there is a “genuine apprehension of physical violence or geographical impediment”.

“To do otherwise is unnecessarily callous.

“The procedure that the employer adopted whereby it advised the applicant of his dismissal by way of text message, and which was for undisclosed reason, was plainly unjust, unreasonable, harsh, and, unconscionably undignified.

“The dismissal of the applicant with such perfunctory disregard for basic human dignity reflects very poorly upon the character of the individual or individuals responsible.”

Industrial advocate Miles Heffernan says the case is a warning to businesses who employ casual workers.

“Casuals who have been with a business for the minimum employment period, in addition to working on a regular basis, and who also have a reasonable expectation their employment will be ongoing, are protected by unfair dismissal laws,” he said.

“That’s why it’s important for managers and business owners to seek expert advice from an industrial relations specialist before deciding to sack someone.”

“And as for firing him with a text message – what a pathetic and cowardly thing to do.”