A saleswoman who criticised her boss on social media was unfairly dismissed, according to the Fair Work Commission.

Her employer sacked her for posting disparaging comments about the company on Instagram.

She was angry when management refused to let her work from home during the pandemic.

She also allegedly posted pictures of herself engaging in personal activities during work time.

However, the Commission found the dismissal unfair because the employer did not have a valid reason to sack the her.

Increased workload without increase in salary

The job initially involved work in her home state of South Australia, in addition to travel to the Northern Territory and Tasmania.

Despite the increase in workload, the company did not increase her salary.

In response to the COVID-19 pandemic, Allpet reduced staff hours to 80 percent and cut salaries by 20 percent in March 2020.

The Commission found that this resulted in the saleswoman managing the same workload, but with 20 percent less time and pay.

The company claimed she failed to do this, in addition to accusing her of poor customer service and disrespecting senior staff.

It issued her with a written warning and subsequently sacked her in April 2020.

Deputy president Peter Anderson said the business demonstrated a “tin ear” to the reality of COVID-19.

Additionally it failed to recognise the impact of its decision to cut the worker’s hours and pay by 20 percent without a corresponding reduction in her heavy workload.

“It failed to recognise her natural anxieties about COVID-19 (mixing with clients in public places) and all that COVID-19 could mean for her job security if the business was to be severely impacted.

On 24 March 2020, the woman posted about working during COVID-19 on her private Instagram account under the pseudonym ‘claire clancy pet’.

The post was in response to a photograph of a poster ‘Stay at home SAVE LIVES’.

“If I could I absolutely would. I really want to!! Tell me this and I know I am not the only one in this boat, what do you do when your boss won’t tell you that you are to stay at home for work?!!

“When they tell you to keep doing your job, servicing clients?! What do you do? Risk losing your job altogether after already having your hours and wage cut? This is so shit.”

Allpet accused her of “public condemnation” of the business.

However, Mr Anderson said the business overreacted and that, while some readers knew her identity, the post did not name Allpet and was “not extreme in meaning or tone given its social media context”.

“It was an expression of her unhappiness with her employer’s decision on her circumstances; where she still had to work in an uncertain COVID environment, but for less remuneration.” 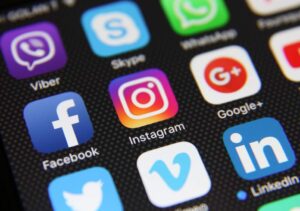 The company also alleged other Instagram posts proved the saleswoman spent work time engaged in personal activities during a work trip to Queensland.

For example, one photo allegedly showed she “improperly” visited a pineapple farm.

However, the Commission found it took place during a lunch break.

Another post allegedly showing the woman “spent the morning in the hotel pool”, actually happened during breakfast.

Meanwhile, a serious allegation she drove during work hours while drinking alcohol was solely supported by an Instagram post of her holding a alcoholic ginger beer across a car console but with no evidence she was driving or the bottle was even open.

However, Mr Anderson did find the employee failed in her duty by joining a friend at a bridal boutique to try on wedding dresses.

In the end, Mr Anderson found the saleswoman’s her conduct warranted a warning, not dismissal.

He described her as “competent, productive and professional”.

As a result, he ordered Allpet to pay her $9,120 in compensation.

He subsequently ordered the company to also pay $3,947 in costs.

Industrial advocate Miles Heffernan from Fair Work Claims says the case is another reminder about the dangers of social media.

“Workers must always assume that their employer is monitoring their social media accounts,” he said.

“Never post anything on your social media accounts that is work-related or that can later be used against you.”

JobKeeper payments to priests, imams and rabbis are unconstitutional, according to experts. Treasurer Josh Frydenberg…