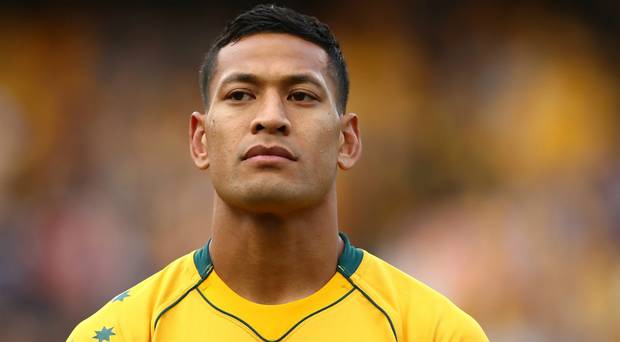 Anyone thinking of donating to multi-millionaire Israel Folau should read the fine print first, according to social justice advocates.

Despite his extreme wealth, Folau has set up a GoFundMe page to raise $3 million in donations to fund his unlawful termination case.

However, the terms and conditions outlined at the bottom of the online post tell a different story.

The former Wallaby and extremist Christian admits he won’t necessarily spend the money on legal fees:

“There will be no obligations on Israel Folau to… apply the funds in any particular way with respect to his legal action.”

“This means Folau can spend the donations on anything he likes – like another $500,000 Lamborghini, or another house to add to his existing $7 million property portfolio,” he said.

“This man’s greed knows no bounds – he is, and has always been, driven by money.

“People who want to help other people will easily find someone much more worthy of support than this wealthy greedy hate-peddling buffoon.” The devil in the detail – Folau refuses to commit to spend the money on legal fees – a greedy, dishonest, homophobic, and hypocritical conman.

Folau copped a barrage of criticism since launching the GoFundMe page.

However, that hasn’t stopped people donating more than half a million dollars to the multi-millionaire.

“This bloke is nothing more than a greedy, dishonest, self-absorbed, conman,” Mr Heffernan said.

“He’s taking advantage of angry Christians who are still upset they lost the marriage equality vote.

“It’s funny that so many Christians are willing to hand over their money to Folau, while ignoring sick and dying children in desperate need of funds.

“Folau ridiculously claims to be ‘in the fight of his life’ – what a joke.

“This intellectually impoverished man has no self awareness, and no interest in the true teachings of Jesus.”

Even though Folau claims he needs $3 million to fight his court case, legal experts say it will cost nowhere near that.

Employment lawyer Josh Bornstein tweeted the case should cost no more than $300,000 –  one tenth of what Folau is asking people to donate.

“Which begs the question, why ask for so much money, unless you’re driven by greed and dishonesty,” Mr Heffernan said.

An 88 year-old secretary has warned bosses not to pick on elderly workers, after winning…

A council CEO claims he was unlawfully terminated for making lewd comments about the mayor.…