The Queensland government plans to introduce protections for parcel delivery drivers who work in the gig economy.

The proposed changes will allow minimum conditions for drivers in addition to collective bargaining against giant multinationals like Amazon.

The proposed laws have come about as a result of the explosion of the gig economy and are based on similar legislation in NSW.

They will empower the Queensland Industrial Relations Commission (QIRC) to set minimum conditions and entitlements for independent courier drivers.

The QIRC will do this through contract determinations, similar to enterprise agreements.

The legislation will also protect workers subjected to sexual, and sex or gender-based, harassment.

It will alter the definition of an “industrial matter” to allow sexual harassment and sex- or gender-based harassment complaints access to QIRC conciliation, arbitration and injunction powers.

Gender pay equity provisions will also be included into the bargaining process.

The legislation also includes improvements to parental and adoption leave entitlements under the Queensland Employment Standards. 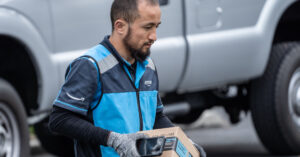 The new laws will allow the QIRC to set minimum conditions for parcel delivery drivers.

The new legislation will not exclude people who deliver food for companies such as Uber Eats and Deliveroo.

The changes will need new federal Labor government to amend an overriding Commonwealth law, however.

“The amendments in this bill will ensure the Industrial Relations Act 2016 responds to the changes of the last five years and remains responsive and nation leading,” Grace said.

“The need for minimum standards in the transport industry has been made clear by the improvement in safety outcomes in states with such standards have been introduced.” 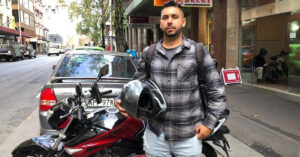 He said it will “address the race to the bottom crushing transport supply chains”.

A parliamentary committee will now consider the bill.