The operators of two north-Queensland food outlets have been penalised $86,000 for underpaying 18 workers.

Judge Michael Jarrett found the wage theft had been deliberate and said the penalties are a message to deter others.

The Federal Circuit Court penalised Maurice Arias $16,000 and his company Mashnicisa a further $70,000.

Arias and his company operated the Buenavista Kuranda café at Kuranda , north-west of Cairns.

He also operated the ‘Donut Joint’ outlet in the Cairns suburb of Smithfield.

The Fair Work Ombudsman commenced an investigation after receiving complaints from his workers.

Investigators found Arias underpaid 18 employees a total of $13,913 over a three-month period in 2018.

The affected workers included 11 juniors aged between 15 and 18 years-old.

Incredibly, Arias failed to pay one worker anything for four weeks of work.

Meanwhile, others received below award rates that did not cover:

Arias also failed to comply with a Notice to Produce records issued by Fair Work.

One of the workers told the court the underpayments left him unable to purchase university textbooks and a laptop for studying.

Additionally, another gave evidence she fell behind on her bills, including her credit card and loan payments, rent and household bills. 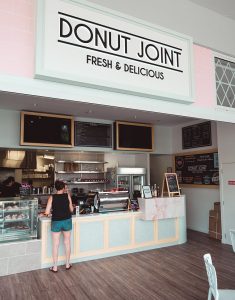 He also noted Arias had indicated no acceptance of wrongdoing or made a suitable credible expression of regret.

Judge Jarrett said there is a need to impose a penalty to deter others from similar conduct:

“It is important to send a message to other employers working within the fast food industry that non-compliance with the minimum standards, including the payment of overtime and penalty rates to junior staff, will not be tolerated.”

“Many times, a young person working in retail, or fast food or hospitality are in their first job,” he said.

“It’s therefore not always easy for them to stand up to the boss if they are not receiving their proper wages and entitlements.

“Wage theft is rife across Australia, so until we make it a crime for greedy bosses to steal from their workers, they will continue to do it.”