Qantas has been criminally charged with breaching workplace safety laws after it stood down a cleaner who raised COVID-19 concerns.

The worker suggested staff could be exposed to the virus when cleaning aircraft arriving from China early in the pandemic.

Qantas stood the worker down after he allegedly told colleagues it wasn’t safe to clean an aircraft arriving from Shanghai.

The airline accused him of violating workplace policies, in addition to attempting to incite unprotected industrial action.

It described the worker’s actions as unjustified and also “against the advice of health authorities”.

However, just weeks later, SafeWork NSW ordered Qantas to do more to protect staff and customers from COVID-19.

The order came as a result of inspectors witnessing cleaners using the same cloth to wipe multiple tray tables without disinfectant, and handling used tissues and face masks without having to wear protective equipment.

The action taken against the worker prompted SafeWork to investigate Qantas for possible discriminatory conduct against a health and safety representative.

Today, SafeWork confirmed it has filed charges against the airline in the District Court of NSW.

The watchdog alleges Qantas breached Section 104 of the NSW Work Health and Safety Act, which prevents employers from discriminating against a worker for raising safety concerns or carrying out their role as a health and safety representative.

The court has a hearing listed on 6 December. Each offence carries a penalty of up to $594,021. 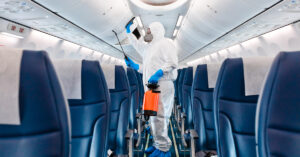 “We hope the court throws the book at Qantas for their outrageous decision to stand down a worker who was simply trying to keep himself and his colleagues safe at work,” he said.

The stood down employee lost his job when Qantas sacked and outsourced all 2000 of its inhouse ground handlers in November 2020.

Are you entitled to flexible working arrangements?

Workers with various personal responsibilities are entitled to flexible working arrangements, according to experts. As…