A prison guard has lost his unfair dismissal case after being sacked for using excessive force while tackling an inmate.

The Fair Work Commission rejected the guard’s suggestion that he was acting in self-defence.

Adam Heading worked at the Alexander Maconochie Centre in Canberra from July 2007 until February 2019.

On 18 June 2018, Heading became involved in a physical altercation with an inmate in the prison’s Management Unit.

When the inmate refused an order to return to his cell, Heading left the control room and confronted him.

Heading grabbed the inmate in a bear hug and threw him sideways onto the floor.

As a result, Heading ended up on top of the prisoner until additional guards arrived to assist.

“Cleaners lose unfair dismissal after being sacked for ‘time theft'”

An investigation subsequently found he had used excessive force against the inmate.

Management sent Heading a “show cause” notice in early December accusing him of misconduct, and dismissed him on 18 February 2019. 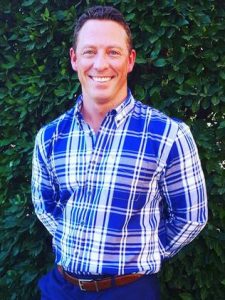 Heading filed an unfair dismissal claim, arguing he acted in self-defence in response to a threat of imminent harm.

Therefore, he believed his use of force was authorised, and furthermore, he argued he applied that force in accordance with AMC’s protocols.

Additionally, Heading described his dismissal as harsh and a disproportionate penalty to any misconduct he may have committed.

He suggested other disciplinary measures would have been appropriate.

However, deputy president John Kovacic said CCTV footage of the incident did not support Heading’s version of events.

“Based on my viewing the CCTV footage, the footage does not support a finding that the Applicant resorted to use of force in self-defence.

“If anything, the footage suggests that the Applicant’s use of force was unprovoked.”

Heading appealed the decision, arguing, in part, that Mr Kovacic had ignored the physical threat he faced, and had relied solely on the CCTV footage.

However, a full bench of the Commission upheld the original decision, and dismissed the appeal.