An executive manager with WA police has lost his appeal against his demotion after having a secret affair with a young staffer.

The man also used the police computer to receive nude photos from the woman.

The Industrial Relations Commission ultimately found the demotion was appropriate.

Former Office of Information Management assistant director John Purcell had the affair from 2013 to 2016.

Purcell supervised the woman from 2014 until 2016, however she no longer works for the force.

An Internal Affairs email audit exposed their secret relationship, and Purcell was subsequently given a significant pay cut.

He lost his Level 8.3 employment status, dropping down to a Level 5.4 role.

As a result, he is unlikely to have access to sensitive or confidential material.

Additionally, Purcell shared sensitive information via email to an unauthorised person between 2015 and 2016.

The father-of-one has worked for police since 1992 but is not a sworn officer. 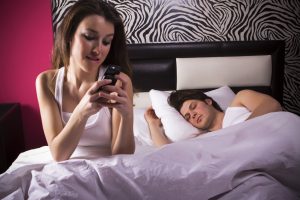 Purcell took his case to the WA Industrial Relations Commission, calling the demotion “harsh and unfair”.

He argued he had an otherwise unblemished record and furthermore, had taken steps to redeem himself.

However, the Commission ruled the demotion “appropriate”, describing Purcell’s conduct as “brazen and cavalier”.

The Commission said Purcell displayed a complete disregard for his obligations as a senior executive.

Additionally, it noted the misconduct continued over several years:

“As a senior employee, the respondent was entitled to place its trust in the appellant’s integrity, probity, and the exercise of his managerial discretion, which trust was breached.”

DemotionsIndustrial Relations CommissionOffice RomancesWA PoliceWork Affairs
Share This
Get in touch with us
To speak to one of our friendly advocates call us on 1300 324 748 or enquire here.
Enquire here
© Thadilly Pty Ltd ATF The Thadilly Unit Trust - All Rights Reserved | Articles