Workers are set to lose billions through continued penalty rate cuts, while the promised boost to jobs and the economy have failed to materialise.

New research by the McKell Institute has found that workers will be $2.87 billion worse off by the time the full cuts come into effect in the next few years.

Workers already out of pocket

The penalty rate cuts were introduced two years ago by the Fair Work Commission and were designed to be phased in over a number of years.

Workers in hospitality, retail, fast food and pharmacy are affected, with many already earning 15 percent less for Sunday and public holiday shifts.

Penalty rate cuts have not created one single job

When the cuts were first announced, the Fair Work Commission and business groups argued they would lead to economic growth and an increase in jobs and work hours – but this week, the small business lobby admitted that none of that has happened.

Council of Small Business Australia chief executive Peter Strong said the reduction in workers’ pay had been a “waste of time” and had not created one single job.

“There’s been no extra hours. Certainly, I don’t know anyone (who gave workers extra hours).  It’s been just a waste of time.”

Strong argued the net impact of the cuts had been minimal because they coincided with increases in the minimum wage.

Industrial relations expert Miles Heffernan from Fair Work Claims has long argued that there has never been any evidence to support the theory that cutting wages leads to an increase in jobs or economic growth.

“It’s one of the greatest myths and biggest con jobs the business lobby and conservative governments wants us to believe – they claim that if you reduce the cost of labour, all of a sudden, a business will want to employ more staff – it’s absolute and utter nonsense, and totally discredited trickle down voodoo economics,” he said.

“The only reason a business employs more people is if they need to employ more people – but if they don’t, and they don’t have to pay as much in penalty rates – they simply pocket the savings as extra profit for themselves and their shareholders.

“As for economic growth, we’ve seen things stagnate in Australia since these cuts were first introduced, so that argument has been completely disproven.

“I’ll tell you what makes the economy grow – paying workers higher wages – because they will spend those higher wages on more groceries, or getting new tyres for the car, or going to the movies, or buying a takeaway pizza for the family, or new shoes for the kids – Mrs Waite taught me that in Year 10 economics – it’s not rocket science.” 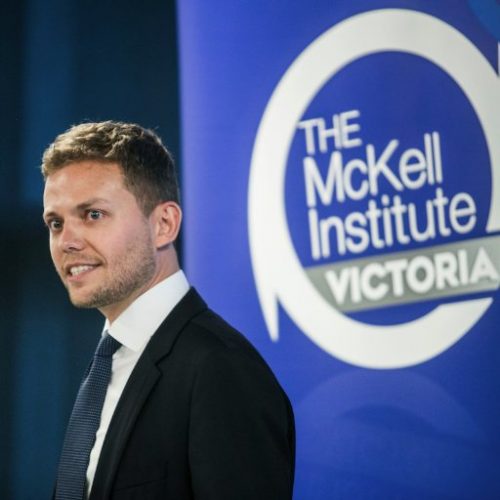 “There is no compelling evidence to suggest that lowering penalty rates has affected employment in the affected sector,” he said.

Pawluk agrees with Mr Heffernan, pointing out that the main effect of lowering penalty rates is the transfer of billions of dollars from retail, pharmacy and hospitality workers to business owners and shareholders.

“There does not seem to be an economic or ethical justification for such a transfer at this time,” Mr Pawluk added.

The Labor Party has pledged to reverse the penalty rate cuts in its first 100 days in office if it wins the May 18 election.