She wants an urgent injunction to stop the department from forcing her to take a COVID-19 vaccine.

Leesa Porter has worked as a pathology assistant at Caboolture Hospital since 2018.

On September 11, the Health Department issued a Directive requiring all staff to have at least one COVID-19 vaccine prior to September 30.

In court documents, Porter claims the department breached workplace health and safety laws by failing to consult with her prior to issuing the Directive.

She also claims the Directive breached her human rights in addition to unlawfully modifying her employment contract. 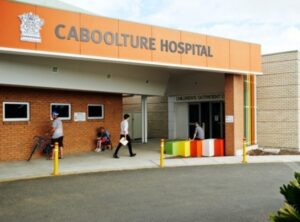 Also listed in the court action is the Nurses Professional Association of Queensland (NPAQ) – an employee association that represents more than 11 thousand nurses in the state, including Ms Porter.

According to the court documents, the NPAQ claims the Health Department failed in its legal obligation to consult with its members about the vaccine mandate.

General Secretary Jack McGuire said the association has been contacted by thousands of concerned nurses since the Directive was issued on September 11.

“In this period, there were approximately 8943 enquiries from our members, and 1473 ‘hits’ to our information website,” he said.

The NPAQ says it has assisted 1245 of its members with correspondence to the Health Department about their rights in relation to the Directive.

A hearing is expected to be scheduled in the coming weeks.

The state government issued a Directive requiring all essential workers, including school staff, to have at least one dose of a COVID-19 vaccine by October 15 and a second by November 26.

Cetnar claims the Directive breaches her human rights and is not “legally or ethically justified”.

“They do not uphold a citizen’s right to autonomy and informed consent in medical treatment and procedures,” she said.

At a brief Supreme Court hearing earlier this week, the case was set for trial on October 25, with a directions hearing likely to be held before then.

An 88 year-old secretary has warned bosses not to pick on elderly workers, after winning…