Migrant workers who blow the whistle on wage theft will not have their temporary visas cancelled under a new agreement between the Fair Work Ombudsman and the Department of Home Affairs.

The purpose of the agreement is to support and encourage migrant workers to come forward and seek assistance if they are being exploited by a rogue employer.

In the past, overseas workers were reluctant to complain about being underpaid because they feared they would have their visas cancelled and be forced to leave Australia.

Under the terms of the agreement, a person’s temporary visa will not be cancelled if they:

This applies as long as: 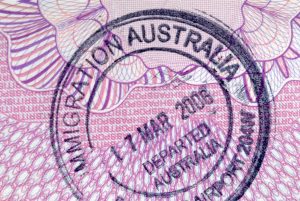 Agreement should make it easier for overseas workers to come forward

The Fair Work Ombudsman hopes the agreement will make it easier for migrant workers to come forward so it can better understand the issues faced by visa holders and migrant workers – so that it can then educate employers and employees about entitlements and obligations.

“All workers in Australia have the same workplace rights, regardless of their citizenship or visa status,” Fair Work Ombudsman Sandra Parker said.

“It is unlawful and unacceptable to pay migrant workers a so called ‘market rate’ that undercuts the applicable minimum Award rates.  The Australian market rate for these workers is not negotiable.”

“If you know a workplace that isn’t doing the right thing but don’t want to get involved, you can report it to us anonymously in English or 16 other languages,” she said. “Migrant workers should know that their employer can’t cancel their visa, even if the conditions of that visa have been breached,” he said.

“The only people who can cancel a visa are the Department of Home Affairs, and thanks to this new agreement with the Ombudsman, it will hopefully consider each case carefully if it involves an overseas worker who has been threatened or exploited by a dodgy boss.”

If you are not being paid your correct wages and entitlements, we can help.

The operators of three PappaRich outlets have been penalised a whopping $307,000 after they were…