Overseas workers employed on visas face deportation if they complain about exploitation, according to industrial advocate Miles Heffernan from Fair Work Claims.

Those who stand up for their rights almost always lose their visa, and then have just 28 days to leave the country.

“When a migrant worker’s employment is linked directly to their visa and their chances to stay in the country, there is no way they are going to complain about not being paid their proper wages and entitlements,” Mr Heffernan said.

“If they do complain, they can be almost guaranteed a one-way ticket home.” 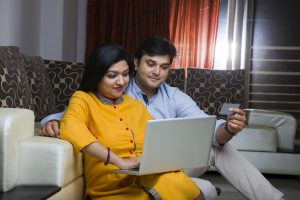 Harjinder is a worker from India who now has to return home, even though she claims to be owed more than $60,000 in unpaid wages.

She told her story to The Guardian.

Harjinder found a retail job in Queensland with an employer who agreed to sponsor her for a 187 visa, a migrant program for skilled workers in regional areas.

“He said I will pay you full wages and superannuation but he never did, he never paid me a dollar,” Harjinder told The Guardian.

Harjinder says her boss kept asking her for money to process her visa application.

To make matters worse, her husband was diagnosed with liver cancer.

“He asked me to pay him cash and then he will put in my [visa] application. He knows [my husband] needs good treatment in Australia.”

Harjinder maintains she is owed more than $60,000, and provided records to The Guardian showing her working hours, which were mostly 7am until 7pm for about 19 months.

She then took a step that would end her chances of staying in Australia – she complained to the Fair Work Ombudsman – sending detailed records of her work history.

Harjinder’s employer withdrew his visa sponsorship, so she, and her husband have 28 days to leave Australia, which means her husband will no longer be able to receive the critical drugs and medical treatment available here.

“But we have to go,” Harjinder says. “We don’t have any other option to stay. The rules are we have 28 days.” 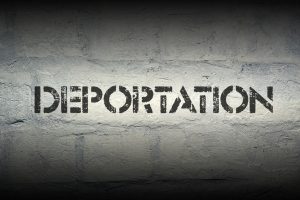 More common than you think

Mr Heffernan, who has represented hundreds of workers in wage theft cases, says Harjinder’s story is all too common.

“Unfortunately, there is a real disconnect between our employment regulator and our immigration department,” he said.

“The immigration department doesn’t care if someone is owed tens of thousands of dollars in unpaid wages – if they don’t have a valid visa – then the department says they’ve got to go.

“We know of cases where employers confiscate the passport of their workers, and if they complain about their pay or conditions, the employer says he will revoke their visa and they’ll be deported,” he continued.

“While migrant workers are wholly reliant on their employer for visa sponsorship, then exploitation will continue unabated.”

Mr Heffernan, who gave evidence at the recent wage theft inquiry in Queensland, once again called for wage theft to be made a criminal offence.

“At the moment, it is all too easy for greedy employers to take advantage of desperate migrant workers and rip them off, and until we start locking them up and slapping them with criminal convictions, they’ll keep doing it,” he said.