Additionally, he has some suggestions to help businesses accommodate workers.

“Some women have a terrible time going through menopause, sometimes experiencing severe symptoms that can really affect their ability to perform well at work.

“By understanding the condition and making some simple adjustments, businesses should be able to look after their staff and ultimately retain good and experienced workers.”

The effect of menopause

Menopause normally occurs for women between 45 and 55 years-old, and lasts for between four to eight years.

Women can experience a range of symptoms, for example:

The severity of the symptoms varies from person to person, and can make work life particularly difficult for some.

According to research from the UK, two-thirds of women report a moderate to severe impact on their working lives.

However, some gave up their jobs for good.

Last year, the UK’s Radio 4’s Woman’s Hour commissioned a poll that found 48 percent of women experiencing menopause said it had “a negative impact on their mental health and mood”.

Previous research has also shown that women view disclosure of menopausal status at work to be threatening and embarrassing.

They fear it will expose them to ridicule and hostility when discussed with managers. 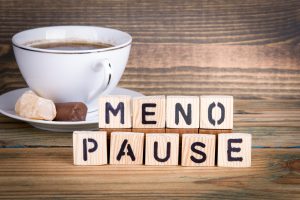 Menopause and the law

Recently in Australia, courts have ruled that both severe morning sickness and endometriosis can be classified as impairments, and as a result, anti-discrimination laws protect those affected.

As yet, there has not been any such similar ruling involving the condition of menopause.

However, a worker suffering adverse action as a result of menopause can make a claim of sex discrimination, according to Mr Heffernan.

He pointed to a previous case in the UK involving an employee of British Telecom referred to as Ms Merchant.

After receiving a final written warning about her performance, Ms Merchant’s doctor wrote a letter explaining she had been:

“going through the menopause which can affect her level of concentration at times”.

The manager chose not to conduct an investigation into her symptoms, and instead, dismissed her.

An employment tribunal ruled in favour of Ms Merchant, finding the company discriminated against her on the basis of her sex.

The tribunal said the manager would never have adopted his “bizarre and irrational approach with other non-female-related conditions”.

What can employers do?

While managers may lack the knowledge or resources to provide appropriate support for their employees experiencing menopause, Mr Heffernan suggests introducing formal policies around the condition.

Information and resources can be found at the Australasian Menopause Society.

Here are some other steps to consider to make your workplace better for women going through menopause:

Knowledge is king! Organising training and information sessions for both managers and employees would be useful and help create discussion for supportive conversations to take place.  Awareness training can also help to drive cultural change.  This would be particularly helpful in workplaces with an ingrained masculine culture.

Many of the physical symptoms of menopause can be relieved with some simple steps.  For instance, temperature control or better ventilation, access to toilets, cold water and a rest area – can all be fairly easy to arrange.  Where uniforms are worn, offer natural, rather than synthetic materials, for women experiencing hot flushes – although it is important that these adjustments do not mark out women wearing them as “different”.

When symptoms are more severe, it is important to consider offering flexible working hours.  This could include a change from full-time to part-time, or it could be as simple as allowing for late arrivals where a woman has had disturbed sleep.  Clearly this requires awareness on the part of managers and trusting relationships between managers and staff.