The head of NBC will exit the company months before his scheduled retirement as an inquiry into sexual harassment at the network continues.

Andy Lack is accused of failing to respond appropriately to multiple harassment scandals to hit NBC.

According to Variety, investigators are looking into:

Investigators are also looking into allegations of retaliation against journalists who reported misconduct allegations against Matt Lauer and Harvey Weinstein.

Variety spoke to three women interviewed for the investigation, in addition to having knowledge of another three.

“They asked me to recount my original experience, and wanted to know a lot about the retaliation after I told the Brokaw story and what I thought might be Andy Lack’s involvement in it.”

Additionally, two women who made complaints about inappropriate behaviour at the hands of Hardball host Chris Matthews also spoke with investigators.

Andy Lack himself has also been accused of inappropriate conduct.

Ever since he “killed” Ronan Farrow’s explosive Harvey Weinsten sexual assault expose, there have been calls for a change of leadership at NBC.

The New Yorker eventually published Farrow’s story, which went on to win a Pulitzer Prize. 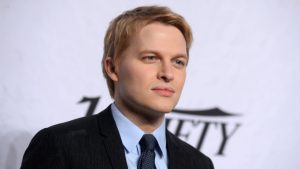 No excuse for sexual harassment

Industrial advocate Miles Heffernan says there is no excuse for sexual harassment.

“Everyone has the right to a safe workplace free of discrimination, sexual harassment and inappropriate behaviour,” he said.

“If you experience this sort of unlawful conduct, please get in contact with us, because we can help.”

Senior manager says she was sacked for reporting sexual harassment