A number of Gami Chicken franchise outlets have been raided by the Fair Work Ombudsman after complaints about underpayments.

Founded 19 years ago, Gami Chicken and Beer expanded to franchising in 2015.

It now has outlets in Sydney, Melbourne, Canberra and also Perth, with plans for stores in Brisbane and also Adelaide.

Fair Work launched the raids after more than 20 workers complained about unlawful wages.

“Like many people working in the fast food sector, Gami Chicken and Beer staff are potentially vulnerable due to their age, cultural background or visa status.

“It is important for us to talk with these workers on the ground so they are aware of their workplace rights and that we can help them.”

“Unfortunately, it is only the tip of the iceberg – this is just one of thousands of food outlets across Australia.

“The regulator has no hope of policing wage theft effectively across the country with its current resources, not to mention the woefully inadequate sanctions that currently exist.”

“There is currently no incentive for greedy bosses to do the right thing,” he said.

“The chances of getting caught are remote, and even if they do, they get slapped with a penalty and continue to rip off their workers with impunity.” 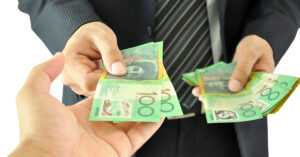 “$190,000 in underpayments recovered for regional workers”

According to Fair Work, the hospitality industry is over represented in contacts to the agency.

One third of court actions and almost 40 percent of all anonymous reports are related to hospitality, despite the industry representing just 7 percent of the workforce.

Fair Work will publish a report on the Gami Chicken and Beer audits when it completes its investigations.