A female flight attendant wants her airline to sue a disabled passenger for sexual harassment.

Her demand follows a disturbing incident on a flight from Los Angeles to Taipei on the weekend.

Two hours into the flight on January 19, an overweight disabled man confined to a wheelchair asked for help going to the bathroom.

The man asked the flight attendant, and two of her female colleagues, to help him remove his underwear.

“I felt that as a flight attendant, removing a passenger’s underwear was beyond the scope of my responsibilities,” she said.

Despite their reluctance, the three flight crew tried to cover the passenger’s genitals with a blanket while taking off his underwear.

The flight attendant said the passenger then slapped her hand causing her to drop the blanket exposing himself.

He also demanded they keep the lavatory door open, otherwise “he couldn’t breathe.”

The crew managed to keep the door closed, however, when the man finished, he refused to leave the bathroom unless they helped him wipe his bottom.

The crew initially refused, but considering the need for other passengers to use the toilet, the cabin service director eventually did as the man asked.

It was while helping him that the passenger started to make moaning noises and said “deeper,” the flight attendant said. The flight attendant talking to the media.

What the union says

The passenger had caused trouble on several other occasions when flying with the company.

For example, he defecated in his underwear on a previous flight.

The union says EVA Air failed to blacklist the passenger, and, as a result, the flight crew had to deal with his inappropriate conduct.

What the airline says

The company also said it backs it employees completely and is prepared to offer assistance, if needed, to sue the passenger. 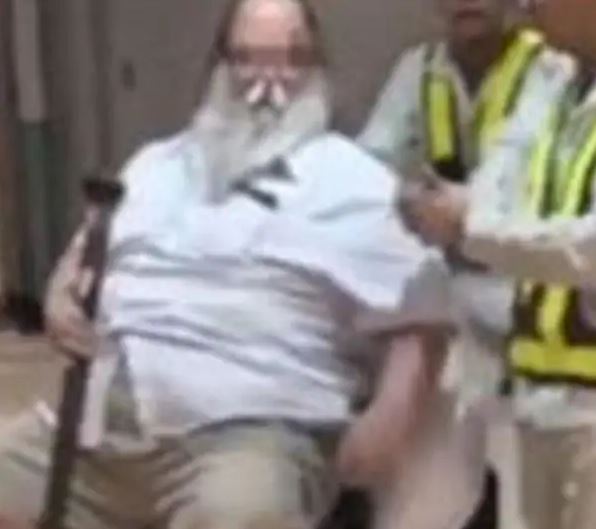 The disabled passenger who sexually harassed the flight attendant.

Miles Heffernan from Fair Work Claims says companies have a legal obligation to ensure they provide a safe work environment for their employees.

“In this case it appears the airline failed to protect its workers from this appalling conduct,” he said.

“If they didn’t want to blacklist the passenger, they could have insisted he travel with a full time carer who could handle things like going to the toilet, without having to rely on the flight crew.”

“The men and women who keep us safe and comfortable when we fly deserve courtesy and respect,” Mr Heffernan said.