The Fair Work Ombudsman has recovered more than $233,000 in unpaid wages for Gami Chicken workers.

The regulator audited 19 stores across Australia after receiving multiple complaints of wage theft from staff.

The franchisor ran six of the outlets, with the remainder operated by franchisees.

Inspectors interviewed mangers, workers and store owners during the investigation, in addition to checking records and pay slips.

As a result, they discovered that all 19 of the outlets had underpaid employees, in addition to 15 failing to keep proper records.

Individual recoveries ranged from $1,129 for eight employees to $49,069 for 17 employees in a Melbourne business. 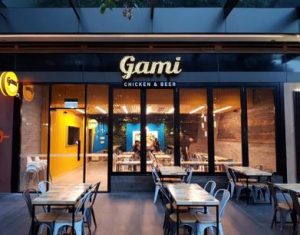 Many of those affected are young and migrant workers, who industrial advocate Miles Heffernan says are vulnerable to exploitation.

“Young people and migrant workers often don’t know their workplace rights, or they are afraid to confront their employer,” he said.

“Furthermore, visa holders live in fear they will lose their job if they complain, and will therefore be forced to leave Australia.

“That’s what makes them so vulnerable to greedy bosses who have no hesitation taking advantage of them.” Outlets not aware of workplace obligations

Many of the outlets told Fair Work the breaches happened as a result of a lack of awareness of workplace obligations.

“Inspectors found that Gami Chicken & Beer operators had simply not prioritised meeting their lawful obligations to their workers.

“A lack of awareness is not a valid excuse for a business to breach workplace laws.”

As a result of the audits, inspectors issued:

One business remains under investigation and may face subsequent legal proceedings.

Fair Work also warned the other businesses they will face enforcement action if breaches happen again.