A factory worker has won his unfair dismissal claim, after he was sacked for yelling at a colleague who had allegedly told him,”you’re not my f–king supervisor!”

The Fair Work Commission found that while the worker’s conduct was a valid reason for dismissal, there were a number of other countervailing factors which made the dismissal harsh, and therefore unfair, including that he was battling stage four cancer.

Haider Ali, an Afghani refugee who came to Australia in 2000, worked at yoghurt company Chobani from 2013 until he was fired in February this year after an altercation with co-worker Robert Cushen.

The pair was using forklifts to unload fruit from a truck on January 17.

Mr Ali asked Mr Cushen to check the “fruit totes”, a task that involved inspecting the boxes of fruit.

Both men gave different accounts to the Fair Work Commission about what happened next.

“Ali responded angrily that he was in charge and that Cushen should listen to him and do his job by finishing what he started,” Commisioner Sarah McKinnon wrote in her decision.

“In his own words, Ali then ‘lost control’, while Cushen became increasingly angry and defensive.”

Mr Ali then allegedly said: “You want a piece of me? Want to go outside? I’ll shove your head up your f—ing arse.”

“Are you threatening me?” replied Mr Cushen.

“We’ll go out the front and I’ll punch your f–king head in. Come outside, I’ll show you who I am, I’ll sort you out,” Mr Ali allegedly said.

Mr Cushen then said the pair should go to HR, before Mr Ali allegedly replied: “I’ll take you down with or without HR. I don’t give a f–k about HR or my job.”

During the hearings, Mr Ali denied threatening Mr Cushen, or challenging him to “go outside” to hurt him. After an investigation, Chobani management fired Mr Ali, telling him that his behaviour during the incident amounted to “serious misconduct and breach of company values and behaviours”.

Mr Ali lodged an application for unfair dismissal with the Fair Work Commission, claiming the argument between him and Mr Cushen had been “mischaracterised”.

In her decision, Ms McKinnon described the exchange between the pair as “wholly inappropriate in a workplace setting”.

She found that while Mr Ali’s conduct on the day was a valid reason for his dismissal, he was a hardworking and reliable employee who had no history of workplace disputes, and was also coping with stage four cancer.

Ms McKinnon noted that he had been under stress at the time due to staff shortages, and was also dealing with a pattern of “disrespectful behaviour” from other employees, including one colleague who he claimed had “called him a terrorist and made inappropriate religious comments to him about ’70 virgins'”.

Evidence from Mr Ali’s doctor and psychiatrist showed he now suffers from post-traumatic stress disorder and anxiety relating to the financial stress of losing his job, and the fear that he may lose his home.

“I am satisfied that even though there was a valid reason for his dismissal, the countervailing factors tend on balance in favour of a conclusion that Ali’s dismissal was harsh. Accordingly, I find that his dismissal was unfair,” Ms McKinnon said.

The Commissioner ordered Chobani to pay Mr Ali $8,646.25 in compensation, plus superannuation. 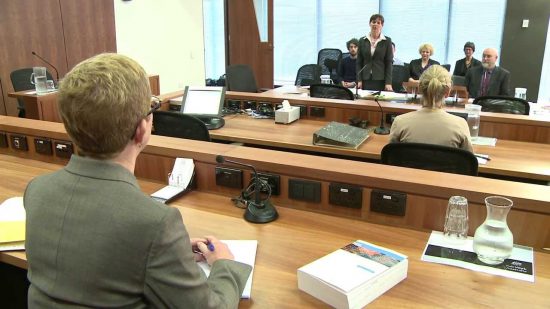 Industrial relations advocate Miles Heffernan said the case should serve as a warning to all workers.

“You are never going to get on with everyone that you work with, but the minute you lose your cool, and raise your voice, and yell and swear at your co-workers, you are giving your employer a valid reason to sack you,” he said.

“If you feel frustrated or angry, walk away and cool down, because a stupid argument or fight with a workmate is not worth your job or your career.

“In this case, if we were representing Mr Ali, we would have raised complaints a lot sooner about the treatment he was receiving from other workers with regard to his ethnic origin and presumed religious beliefs – that would have been a spectacular claim and worth a lot more than eight grand for an unfair dismissal.

“That’s why it’s important if you are having a workplace issue to get urgent expert advice – it could make a big difference to the outcome and even the amount of compensation you might receive.”

If you have been unfairly dismissed from employment, you may be entitled to compensation.

For specialist help and advice, please call our team at Fair Work Claims today on