A Facebook photo showing a mine worker standing on a piece of heavy machinery has cost him his job.

In dismissing his claim for unfair dismissal, the Fair Work Commission found Global Mining Services had a valid reason to sack the worker.

By standing on the machine with its engine running, the Commission said the worker breached the company’s health and safety policies.

Additionally, the Commission found the worker had shown no remorse for his conduct.

And furthermore, when asked why he posed for the photo, the worker responded because he thought “it’d look just as cool as hell”.

The man worked as an underground coal miner for Global Mining Services since 2018.

In August, while waiting with workmates at Whitehaven Coal’s underground coal mine in Narrabri, he decided to pose for a photo.

The worker climbed on top of an Eimco load, haul, dump machine which had its engine running.

Global Mine Services commenced an investigation when management became aware of the photo.

As a result, the company summarily dismissed him for serious misconduct. 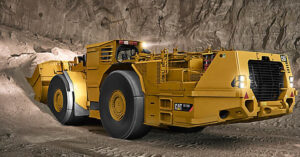 A load haul dump truck similar to the one the worker stood on.

What the Fair Work Commission heard

The worker argued his dismissal had been harsh, unjust and unreasonable.

He accepted his conduct was out of line and a silly thing to do.

However, he refused to accept he risked falling off the machine or that his conduct amounted to a breach of the employer’s policies or procedures.

He told the Commission he is experienced with loaders.

He also noted the photo had been taken during the day, and furthermore, the loader was on an even surface with no obstacles or walls nearby.

Global Mine Services maintained the dismissal was fair and just and reasonable.

It argued the worker breached company policies, in addition to risking its commercial relationship with Whitehaven Coal.

Whitehaven is a key client of GMS, and therefore it argued the worker’s conduct put GMS’s reputation, viability and profitability at risk.

Whitehaven had previously expressed concerns to GSM about the number of workplace injuries occurring at the mine.

As a result, it requested an overhaul of safety procedures and training.

What the Commission ruled

Therefore, he knew that climbing on a piece of heavy machinery with its engine running is a breach of those policies.

“I am satisfied that [the worker] engaged in substantial breaches of the Policy, Declaration, Procedure and Rules.

“As a result, GMS had a valid reason for his dismissal.”

He also criticised the worker’s refusal to accept that his actions posed a safety risk.

For example, his sarcastic explanation given to management that he thought “it’d just look cool as hell”.

“These refusals, together with the contents of his response to the ‘show cause’ request demonstrate [the worker’s] lack of genuine remorse and acceptance of accountability for his conduct.”

The Commission found nothing unfair about the dismissal, and therefore, dismissed the application.