When he walked into the staff room to clean it, he found a messy bed, condoms and empty bottles of booze.

As a result, he filed a claim for sexual harassment.

The pranksters went to a lot of trouble to set up the staff room.

According to documents lodged in QCAT, they took a mattress and a pillow and sheets from the sick room and placed them in a kitchenette area.

They squirted cream into the condoms before placing them around the room.

Additionally, the placed ladies boxer shorts, a bra, and empty bottles of wine and beer around the room.

They also scattered packets of chips across the floor and a number of party poppers had been set off.

When Green discovered the mess in the staff room the next morning, his co-workers led him to believe two staff members had had sex at the school.

He cleaned the room and then told his workmates that he intended to speak to one of the staff members supposedly involved.

That’s when his co-workers told him about the prank.

When the matter was not resolved at conciliation, the ADCQ referred it to QCAT, which ordered the substantial compensation. 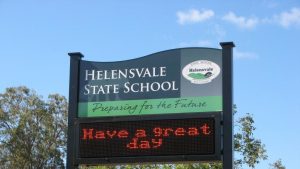 Impact on the worker

Green’s lawyer, Bruce Simmonds, said his client can no longer work, and relies on WorkCover as a result of the incident.

“He was horrified and subjected to great emotional stress by this trauma especially when they didn’t own up to the joke and left him believing it was real.

“He was devastated by the incident. Who could he speak to?  Who should he report this to?  He bottled it up.

“Mr Green would like to resume his job at the school but he feels humiliated by the experience and right now his future is unclear.”

Industrial advocate Miles Heffernan from Fair Work Claims says the incident highlights the risks of unprofessional conduct in the workplace.

“We all like to think we can have a laugh at work, but when you start making jokes or setting up pranks that target an individual person, you’re straying into very dangerous territory,” he said.

“Workers should know that jokes and pranks at someone else’s expense can leave them upset and shaken.

“We all go to work to do a job, get paid for it, and go home safely.

“And we all have a right to not be subjected to sexual harassment, or to be made the butt of someone else’s crude jokes.”