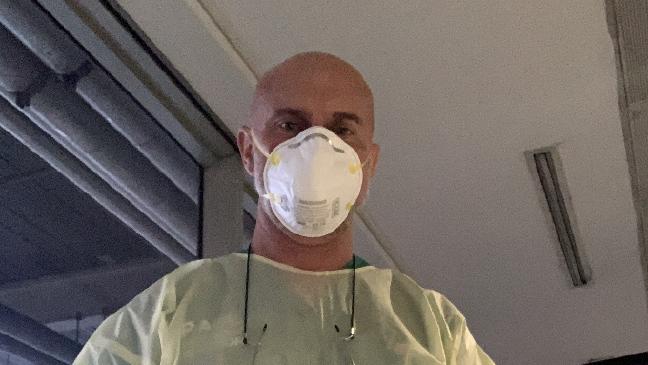 A doctor sacked for blowing the whistle after calling Australia’s quarantine policy “a disaster” has continued to speak out.

Doctor sacked for ‘blowing the whistle’

He made the comments as a result of authorities refusing exemptions from quarantine for vulnerable travellers.

“The forced isolation to prevent the spread of coronavirus is a disaster,” he said.

Additionally, he describes the interaction between state and federal governments as “hostile”.

“They told me every person I flagged as being vulnerable will get an exemption but that turned out to be a lie. It hadn’t been done,” he said.

Doctor fired because of a reduction in passengers

And furthermore, she insists his comments are not the reason for his termination.

“Due to the reduction of arrivals at the airport, the number of medical and nursing shifts have been reduced,” she said.

“Since mid-March, screening figures have reduced significantly from 2000 per day to 400 per day.”

Industrial advocate Miles Heffernan says, in some states, it is unlawful to dismiss a worker for expressing a political belief or opinion.

“In Queensland, political belief or activity is a protected attribute, which means your employer cannot punish you for expressing a political opinion,” he said.

“Unfortunately for Doctor Finlay, political belief is not a protected attribute in New South Wales.”