The national childcare company must also make a $122,000 contrition payment to the Commonwealth’s Consolidated Revenue Fund.

Camp Australia provides after school and holiday-camp childcare at more than 590 locations nationally.

After a manager at one of its holiday camps raised underpayment concerns, the company conducted an internal review.

It subsequently discovered it had underpaid staff across the country $1.7 million in entitlements. 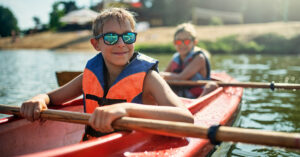 In December 2009, Camp Australia self-reported the underpayments to the Fair Work Ombudsman.

As a result, the regulator offered the company the chance to enter into an Enforceable Undertaking instead of commencing legal action.

Under the terms of the agreement, Camp Australia has back-paid most of the $1.74 million owed to 7420 current and former staff.

“Under the Enforceable Undertaking Camp Australia will engage, at the company’s own cost, an independent auditor to check its compliance with workplace laws for the next two years.

“The company must also provide us with information about systems and processes it has developed for ensuring compliance in the future.”

Camp Australia is also required to display notices on its website, and on social media detailing its breaches.

It must additionally publish a notice in The Weekend Australian Financial Review, apologise to workers, and commission employment law training for managers.