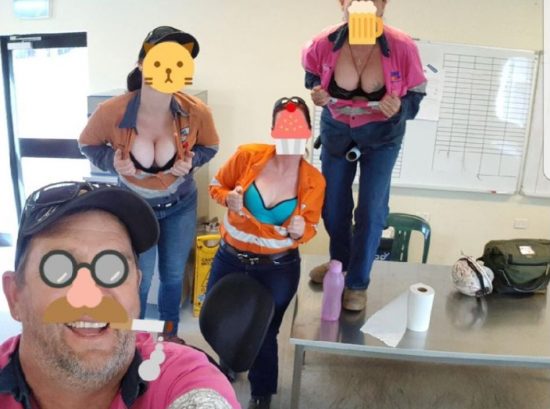 A BHP worker sacked after exposing her cleavage has won her unfair dismissal claim and $6,550 compensation.

The worker had also been responsible for a previous prank involving a sex toy at the local airport a few months earlier.

The Fair Work Commission described the employee’s conduct as “unacceptable” and subsequently denied her request to be reinstated.

However, Commissioner Jennifer Hunt criticised the mine management’s failure to follow its own ‘Fair Play Guidelines’.

“You just can’t have BHP turning up to defend unfair dismissal cases and using this guideline when it wishes and when it doesn’t.” 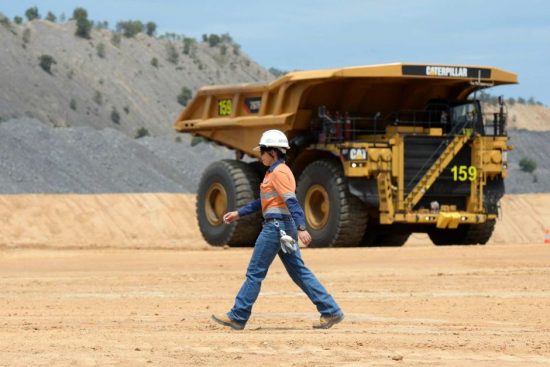 Tara Odgers worked at the Caval Ridge Mine south-west of Mackay in Queensland from 2014 until her dismissal in March this year.

On March 2nd, she stood on a table in a meal room at the mine, unbuttoned her top down to the last two buttons and then “provocatively bared the top of her breasts”.

Two other female colleagues posed in a similar way in the photo.

At the time, Odgers wore a pink breast cancer shirt featuring the BMA logo, which is considered a BHP uniform.

A number of mine employees subsequently saw the photo after a worker posted it on Facebook. 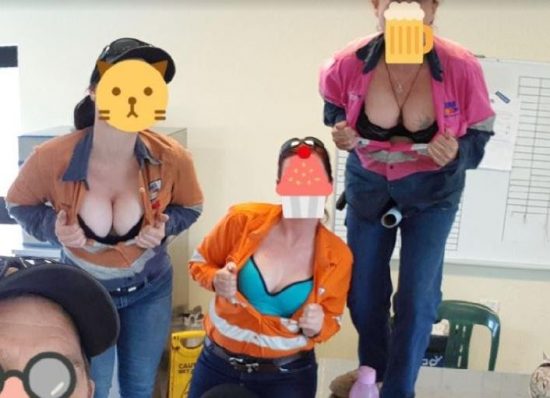 Tara Odgers argued the BMA logo on her shirt is unrecognisable.

The previous October, Odgers admitted to pulling a prank on a co-worker by putting a sex toy in his carry-on luggage at the local airport.

She also put a butter knife she took from the workplace in his bag.

Airport scanners activated when the co-worker went through security, and staff subsequently discovered the sex toy.

Mine management did not commence an investigation until the following February, despite being aware of the incident.

BHP issued all the workers involved in the photo incident with first and final warnings. 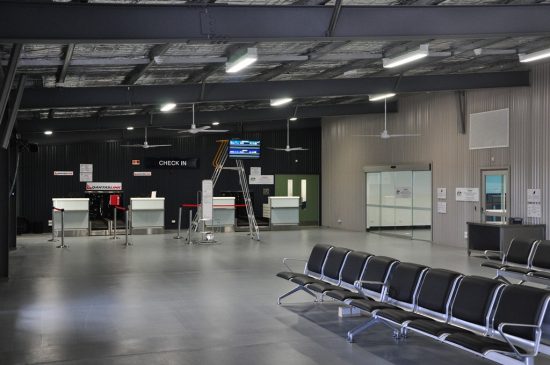 Worker argued photo was not offensive

Odgers argued the general public would not recognise the company logo on the shirt she wore in the photo.

Additionally, she noted the other workers involved had not lost their jobs.

She told the Commission she did not consider the photo offensive, however, she conceded it is inappropriate in a work setting.

Odgers also argued the airport sex toy incident should not be taken into consideration in her dismissal.

She noted that BHP failed to commence a formal investigation into that incident for nearly six months.

Commissioner Hunt accepted that the mine had a valid reason to sack Odgers.

However, she found the dismissal harsh and unjust because it did not follow its own ‘Fair Play Guidelines’.

The Fair Play Guidelines state that BHP must give a worker the opportunity to meet with management to respond to any allegations against them.

“Of incredible concern to me is the abject failure of [BHP]… to adhere to its obligations to follow the BMA Guideline to Fair Play policy (Fair Play Guidelines).

“Most concerning was during the first day of hearing when it was suggested by [BHP legal] that [the employer] is not obligated to follow the Fair Play Guidelines.”

Troy Spence, Counsel acting for Odgers, told the Commission that by failing to follow the steps in the guideline, it: 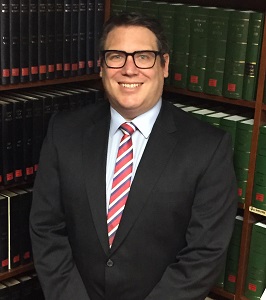 Troy Spence, of Counsel, represented Ms Odger in the Commission.

Commissioner Hunt did not consider it appropriate to reinstate Odgers.

Therefore, she awarded her $13,100 compensation, less 50 percent for her misconduct, making the final payout $6,550 plus superannuation.

A redundancy becomes an unfair dismissal when an employer fails to consult with employees. Depending…