A BHP worker sacked for twice pooing publicly at a mine site has lost his unfair dismissal claim.

As a result, she found BHP had a valid reason to terminate his employment.

The man worked for BHP for seven years as a Production Technician.

The company sacked him for misconduct after he twice publicly defecated at the Yandi Mine in Western Australia in March this year.

During the first incident, the man claimed he suffered an urgent onset of “explosive diarrhoea” accompanied by severe pain.

He decided to defecate down an active drill hole before covering it up and treating the hole like a long drop toilet.

“It just hit me like a Samboy chip,” he later told his colleagues.

During the second incident a few weeks later, the technician claimed he couldn’t make the eight-minute drive to the nearest toilet.

Instead, he sat on the collar in an active drill hole, telling a nearby colleague, “I’m about to s*** myself, turn around, turn around.”

He later explained to the same colleague that he “couldn’t hold it”. 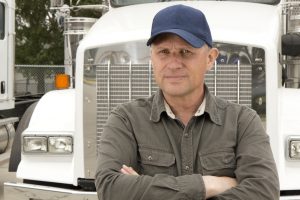 As a result of this conduct, in addition to other past unrelated incidents, BHP dismissed the worker for serious misconduct.

However, the technician argued the company did not have a valid reason for termination.

He told the Fair Work Commission he had no other option because there are a lack of toilet facilities at the mine site.

Toilet facilities are spaced five to six minutes away by car.

BHP recommends staff move away from the blast pattern onto surrounding vacant land if the cannot wait to reach a designated toilet.

However, the worker claimed the employer failed to provide training on where to defecate when bathroom facilities cannot be readily accessed

What the Commission said

“There were standard practices to be adopted when defecating, which he did not do.

“All that was required was for him to move off the work pattern to an area of vacant land.”